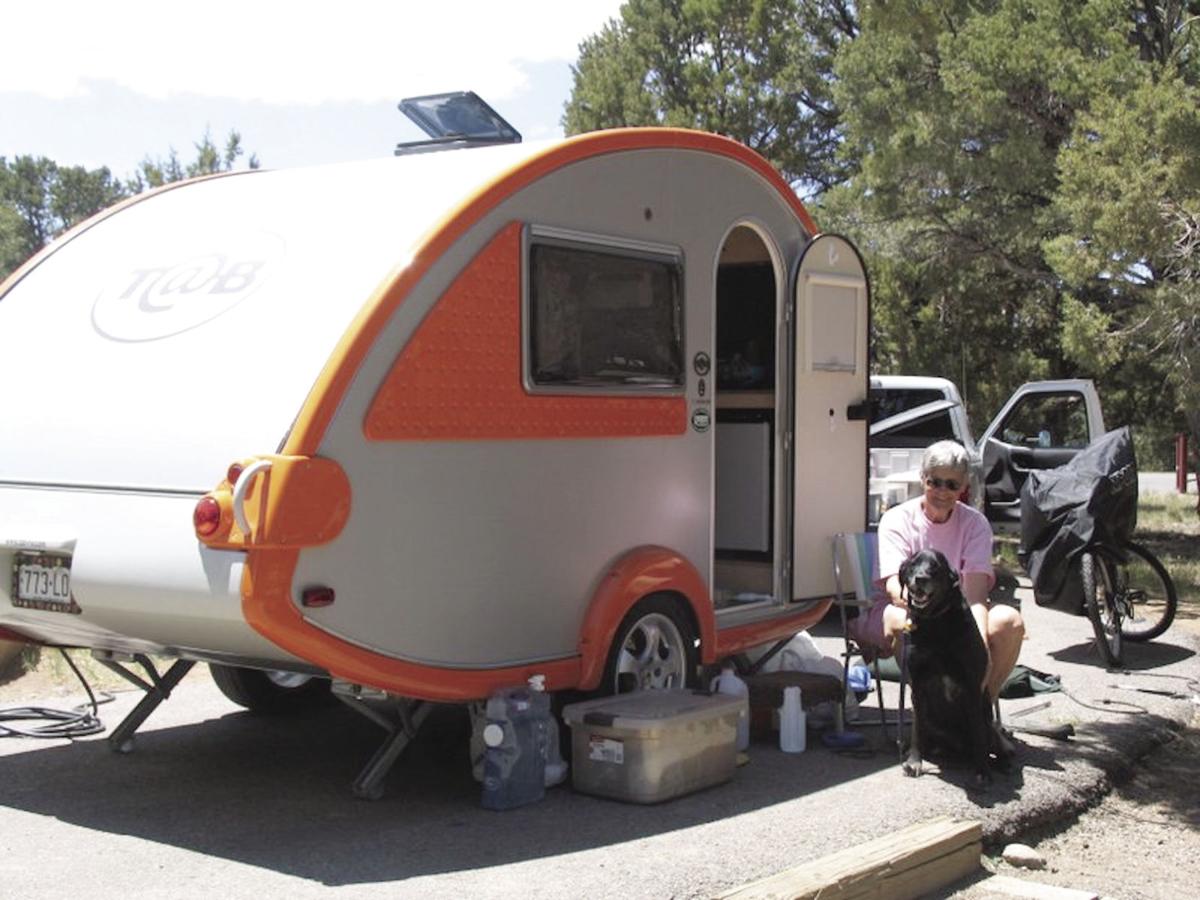 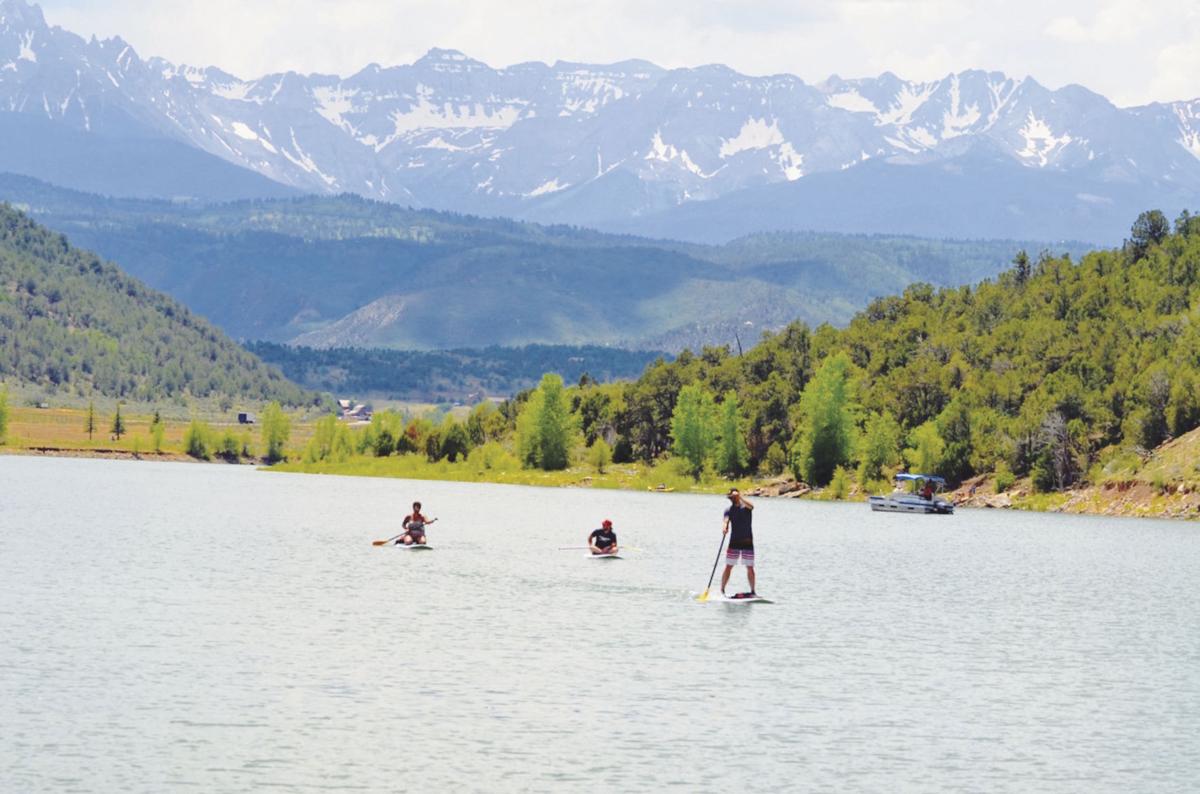 Booming in popularity throughout the country and uber-booming in southwestern Colorado, camping is attracting record numbers across all age groups, according to recent travel statistics.

The skyrocketing demand for developed campgrounds and additional dispersed campsites has driven an increased use of the campsite reservation system for the U.S. Forest Service, as well as Colorado state parks, such as the huge, camping-friendly Ridgway State Park at Ridgway Reservoir.

“We start making our reservations in January (for summer camping),” said Ernie Pena of Tucson, Arizona, who was camping recently at a National Forest campground near Durango. “We know which sites we like at each campground. You have to start (getting campsites reserved) early. But then, you’re all set.”

Pena, 76, said he and his wife have been coming to the San Juan Mountains of southwestern Colorado to camp for 30 years.

“We get out of that Tucson heat,” Pena said, adding that he and his wife have been camping for longer time periods since he retired.

A lot has changed in three decades of campground camping.

And the creature comforts of a 23-foot travel trailer, compared to their early days of tent camping, he added.

The campsite reservation system, Pena said, is helpful to plan for longer stays — 14 days is the customary campground limit.

And with a reservation set at another campground at the end of their current stay, Pena and his wife don’t have to worry about finding their next campsite.

Friends and family members can then join them at different locations in the San Juans throughout the summer.

The reservation system really helps because there are more campers out there now, Pena said.

According to a recent Business Wire survey, 13 million more American households will go camping in 2017 compared to 2016. That means there will be 75 million camping households in the United States by the end of this year.

The Business Wire study also indicated that active camping is up for all age groups, including millennials, over the last year.

The millennial numbers climbed from 34 percent to 38 percent of camping families this year.

Millennials also tended to camp in the largest groups, according to the data.

And more families with children are camping.

Fifty-one percent of campers this summer are projected to camp with children, up from just 41 percent in 2014, according to Business Wire.

Camping households are increasing and increasingly diverse, the study revealed.

The telephone and online systems have now been expanded to include most National Forest campgrounds that are staffed by hosts, including most sites throughout southwestern Colorado.

“I think for the volume of reservations that it accommodates, it is a very good system,” said Kirstin Copeland, a ranger at Ridgway State Park. She said the demand for reservations has increased steadily at the expansive state park that wraps around Ridgway Reservoir.

The reservation system allows campers to plan their trips better, she said.

Copeland said the camping public has adapted to reservations as a regular facet of contemporary campground life in the West.

She said Ridgway State Park has seen an increase in trailers and pop-up campers — lots of the new generations of lightweight camping trailers.

She said there also have been larger motorhomes at the park, as well as a steady demand for tent sites.

Ridgway State Park features 285 campsites, the vast majority of which are equipped to handle trailer camping and include amenities like electric hookups.

About 25 of the campsites at Ridgway State Park are walk-in tent campsites with popular and secluded locations.

“We still see a lot of RVs and trailers here,” Copeland said.

She said park rangers also have seen a lot of the new tent attachments to pickups and campers as well as more tiny trailers and small, teardrop-shaped trailers.

“There are even toy haulers that turn into a deck,” she said of the explosion of camping set-ups over the last decade.

The Ridgway campsites can handle most new trailers (length limits are posted for sections of the various campgrounds).

“We’re kind of the base here,” Copeland said, explaining that Ridgway is a central location for visitors to experience the San Juans, the Black Canyon of the Gunnison, ski resorts, hot springs and more.

With Ridgway Reservoir as their base camp, visiting families can take in the best of southwestern Colorado, she said.

That’s boosted the popularity of travel trailers, which can be unhooked at the campsite. The vehicle is then available for day trips in the area, she said. The new generations of light trailers can be towed by a small pickup, SUV or a sedan.

The recent surge in popularity of paddleboarding also has contributed to the increase in overall camping numbers at Ridgway State Park, Copeland said.

“Paddle sports are the biggest increase,” she said. “Many of those paddlers are locals, but more visitors are bringing their paddle gear.”

Ridgway Reservoir long has been popular among boaters and anglers, she said.

Now, the use numbers and camping numbers associated with paddleboarding are showing pronounced growth.

Copeland said a survey at the state park indicated the biggest increase in visitors to Ridgway has come from residents of the Front Range. “We’re seeing more (people from) Fort Collins, Colorado Springs, Parker, Castle Rock, Denver … all along the Front Range,” she said.

Texas leads all other states in visitors at Ridgway State Park, Copeland said.

But the increase in Colorado Front Range numbers indicates the rest of the state is discovering the reservoir/campground combination at Ridgway, the ranger said.

Reservation information for specific campsites is available on websites for state parks and National Forest campgrounds.

Use of the reservation system requires a fee.

The reservation system also reflects an increase in younger campers, according to online data from the U.S. Forest Service.

“I think we’re seeing a solid trend with younger generations coming to camping,” said Dylan Peters, public affairs specialist for the Grand Mesa, Uncompahgre and Gunnision National Forests. “And we are seeing an increase in all types of campers.”

Peters said that tent camping will always be a strong component in an area like the Uncompahgre National Forest with its 14,000-foot peaks, wilderness areas and legacy of climbing.

“Our area is renowned for its camping opportunities,” he said from his office in Delta, the headquarters for the three national forests.

In addition, more and more RVs, camper trailers and motorhomes are entering the camping scene in southwestern Colorado, he said.

“I think we’re still meeting the balance (between tent campsites and sites with advanced amenities like electricity),” Peters said.

Dispersed camping is allowed throughout most National Forest locations with regulations on distance from forest roads, distance from water sources as well as rules on burying waste, leaving no trace, etc.

Dispersed camping sites are available on a first-come, first-served basis.

“The reservation … system has helped accommodate the growth in camping (at campgrounds),” Peters said.

The incredible variety of the Grand Mesa, Uncompahgre and Gunnision National Forests makes them a “quintessential multi-user” public-land grouping, he said.

“I think we are uniquely positioned to monitor trends (in camping),” said Peters, himself a dedicated tent camper.

“One thing we’re seeing is a lot of young families camping now,” he said. Hand-in-hand with young families and children camping, the Forest Service has geared several educational programs toward younger campers, who eventually will guide future campers.

“Education is a huge part of what we do,” Peter said. “It’s an opportunity for us. Future generations determine what happens to the fate of public lands.”

While all ages are heading out to camp, the baby-boomer retirees continue to lead the camping charge into a market that is flooded with new, lightweight camping products and RVs.

“It’s all products across the board,” said Loren Ellison of Humphrey’s RV in Montrose. “There’s interest at all levels.”

The veteran of the RV industry said that back in 2008, interest was focused on the lightest models. People were driving smaller pickups and cars, opting for smaller campers and trailers.

Consumers also used smaller campers for housing at jobs that were out of town, given the tumultuous economy of the time, he said.

“But now, it’s back to what it was before (2008). There’s interest in bigger trailers, fifth-wheels, toy haulers, little trailers … everything,” Ellison said.

The 55-to-75 age group leads the way at the Montrose RV dealership that includes a full service department.

“I also see a resurgence of getting the family back together,” Ellison said. “That’s exactly where a camper fits in.”

He said consumers are taking advantage of the outdoor opportunities in the San Juans, including camping.

“There isn’t a more beautiful place in the world,” he said. “It’s a quality experience, being able to get outside (in the mountains).”

He said he enjoys the reaction of customers who buy a camping trailer or RV.

Ellison said campers often move up the ranks after starting out with a tent or small pop-up trailer.

Witness the aforementioned Ernie Pena of Tucson:  “We started out with tents. Then we promoted ourselves to a pop-up (trailer). Then we got a little 19-footer (trailer). From there, we got this one … it’s a 23-footer. No slide-outs or anything. But my wife and I are comfortable in it.”

A screened canopy stood next to their travel trailer and pickup, with a deck of cards spread across the covered picnic table.

Across the way, at an adjacent campsite, was a new, state-of-the-art Mercedes-Benz Strider RV Van — solar panels soaked up the sun and recharged batteries on the industry’s latest high-end favorite.

At the campsite in between sat a small, domed tent.

And a lot more reservations.