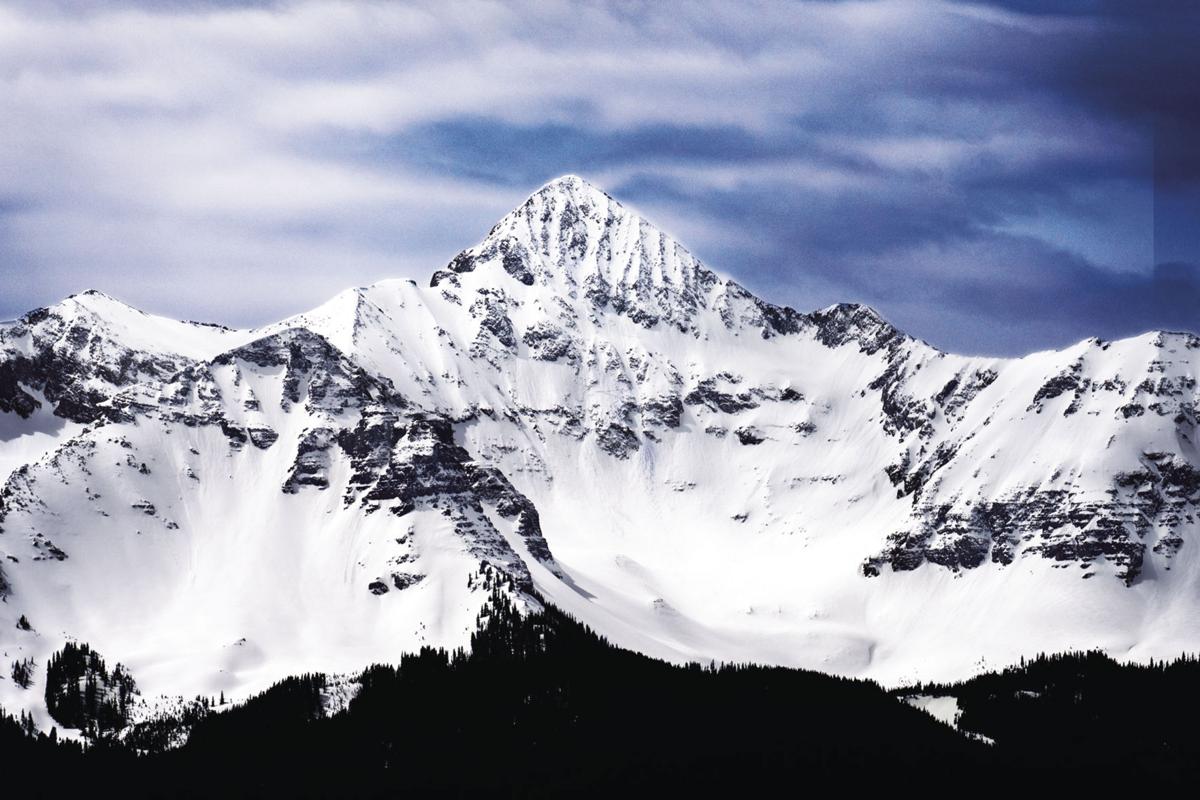 A portrait of Wilson Peak, taken last month at the Telluride Airport. 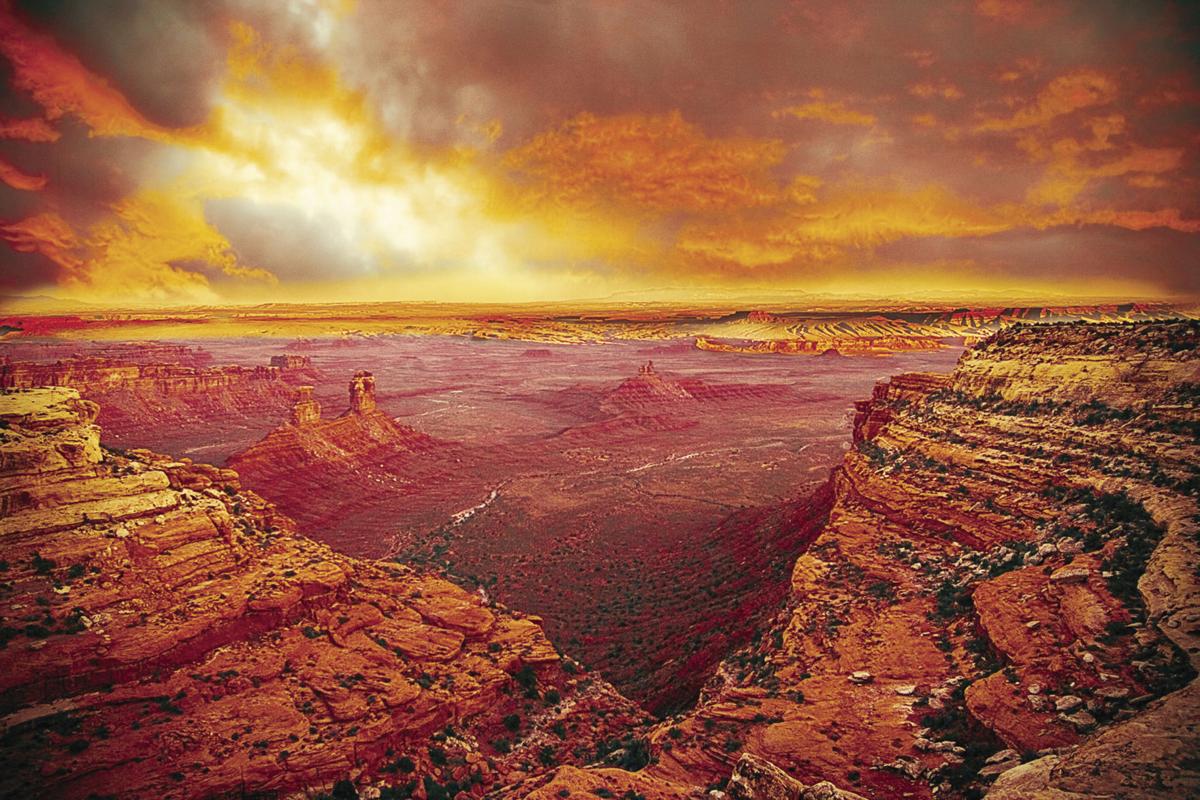 Cedar Mesa and Valley of the Gods, Utah. “The cliffs in the foreground are part of Bears Ears National Monument,” Marcus said. “I keep thinking this is a painting when I look at it.” 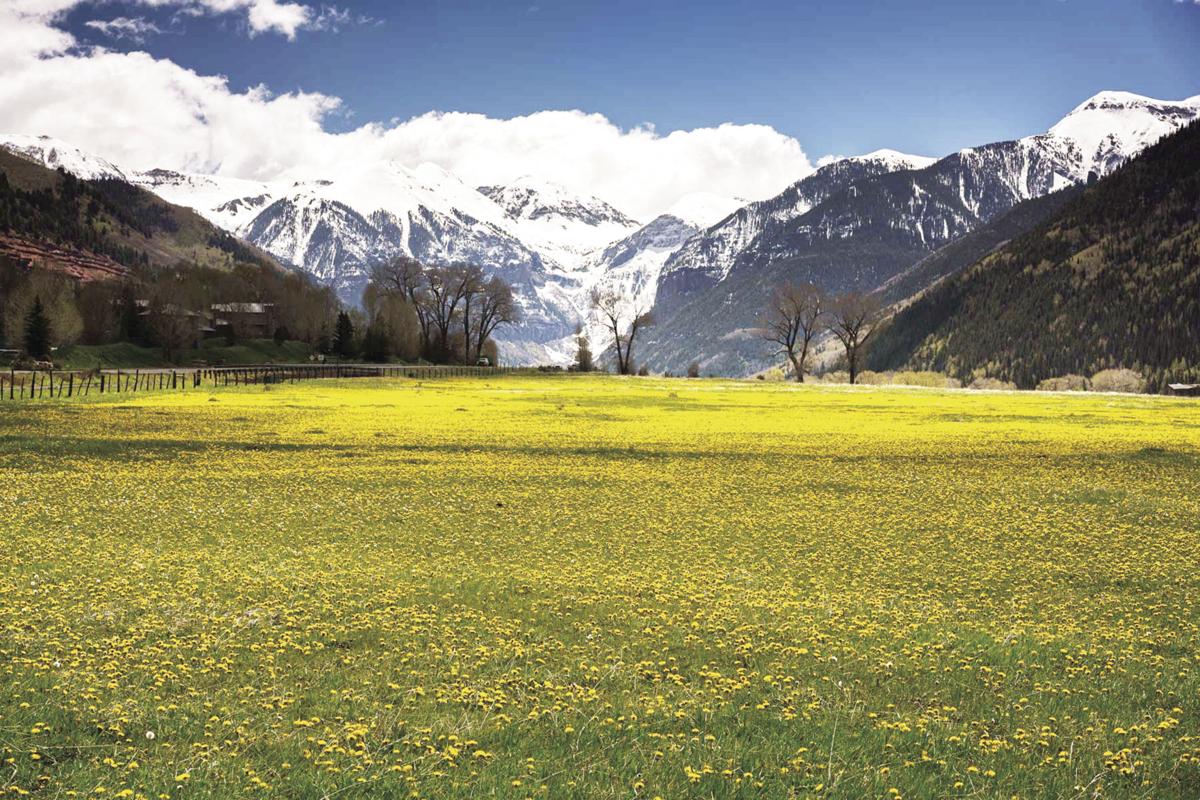 The Valley Floor in spring, and a carpet of dandelions. 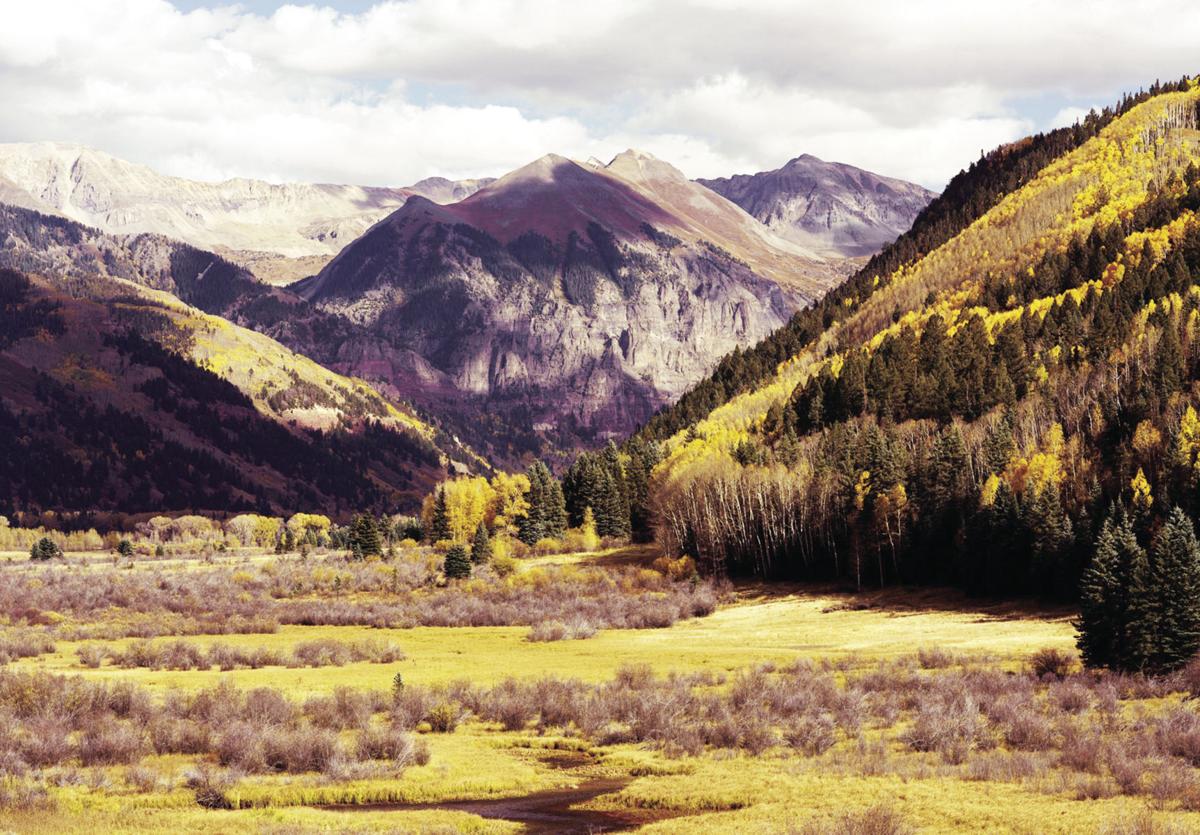 The Valley Floor during fall. 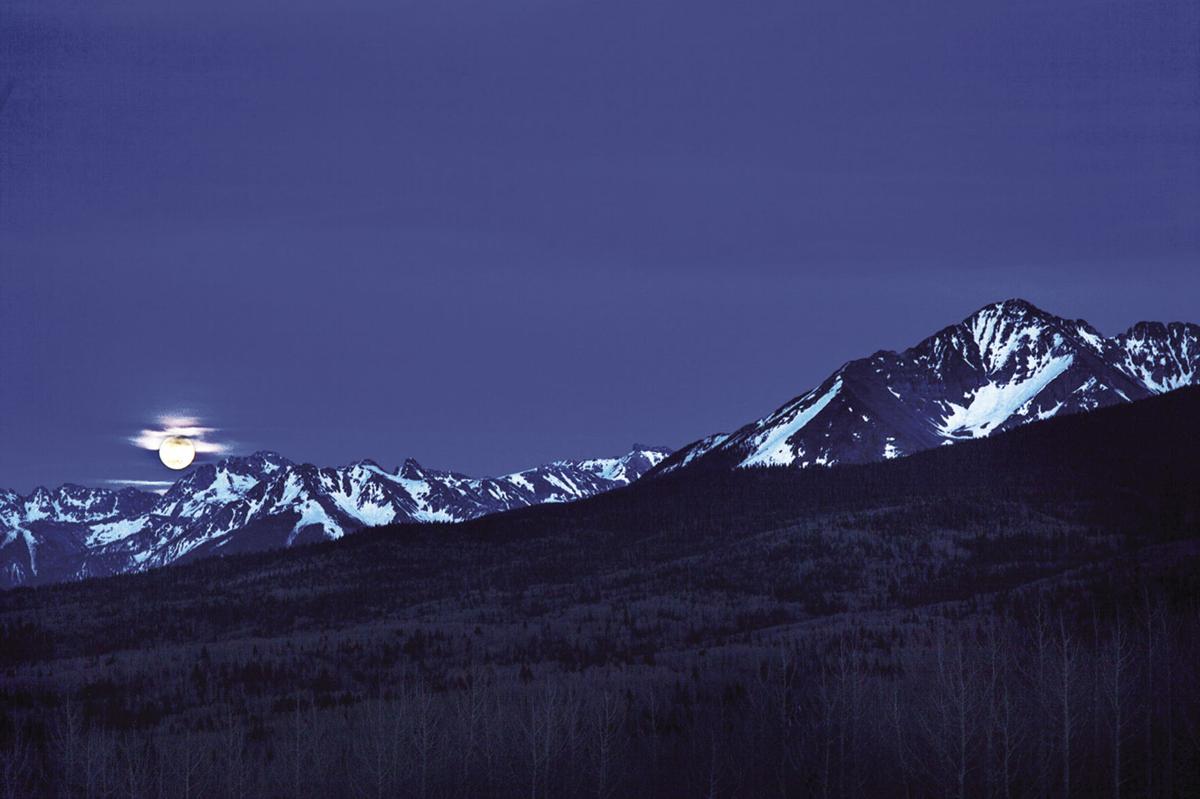 The full moon rising above Ophir.

A portrait of Wilson Peak, taken last month at the Telluride Airport.

Cedar Mesa and Valley of the Gods, Utah. “The cliffs in the foreground are part of Bears Ears National Monument,” Marcus said. “I keep thinking this is a painting when I look at it.”

The Valley Floor in spring, and a carpet of dandelions.

The Valley Floor during fall.

The full moon rising above Ophir.

Frozen, statuesque, impervious to human encroachment. That is Wilson Peak, as seen through the lens of Telluride photographer Carl Marcus.

At 8:59 p.m. on April 2, Marcus forwarded an image of “Snow on Wilson Peak” to the followers on his email list, with a single-word caption: “Today.”

Then he looked again.

At 11:01 p.m., he resent the photo, edited this time to emphasize what he wanted you to see. The comment this time: “The ski tracks below the peak are more visible.”

And there they were — almost laughably tiny ess-curves down the peak’s face, the mark of man against a backdrop of majestic, indifferent nature.

In his photograph of Wilson Peak, “I wanted a portrait of the immovable personality and solidity of the mountain. I didn’t want a superficial shot,” Marcus said.

Marcus is an expert at portraits: He’s taken thousands of images of children, either alone or with a parent, over the last few years. A selection of these works is on view in the Children’s Section of the Wilkinson Public Library and others can be seen on his website at carlmarc.us.

“We hear about them every day,” said library service specialist Tiffany Osborne. “People are mesmerized. They ask, ‘Who took those?’”

Marcus is just as close an observer of landscapes and wildlife as he is of people — and he’s been taking photographs of them even longer than he has of humans. He shares these “portraits” with a group of followers via email; the list has swelled to more than 900 over the past few years. In effect, Marcus has become a kind of visual town crier, chronicling the seasons for people who don’t even have to tumble out of bed to observe stunning images of craggy peaks and desert vistas in changing light, as if for the first time.

A field of dandelions along the Valley Floor — a ubiquitous sign of spring-into-summer —is given depth and resonance because Marcus has been out there, studying them.

“To me, there’s a transition for three to four days between spring and summer,” Marcus said. “If you look carefully, there’s a definite, complex process taking place before the dandelions go to seed.” It is when these flowering plants are at their most brilliant. Marcus knows exactly when this is, because “I’ve spent time looking at them.”

For that matter, he waited for the night of the full moon to get a shot of the great orb, just as it rose above Ophir.

“I took that from my property” on Wilson Mesa, he said. “It’s a 20-minute hike up to a 360-degree view. I knew the moon would be full, so I walked up specifically to photograph it.”

But “most often it’s not so purposeful,” he said. “Sometimes I carry a camera, sometimes not. If I’m in the backcountry, I’ll carry a camera and different lenses. Through different lenses, I see things differently. When I’m prepared, and something catches my eye, it has a great deal of energy to it — more than my brain normally lets in.”

Marcus is self-taught. Years ago, he was heading off on a backpack trip with a friend and they stopped in Moab at a co-op to pick up food. The owner of the store had taken some photos, mirror images “with naked people and trees. The images were really interesting. They took my breath away, actually,” Marcus said. “So I got a camera, and for two to four years all I did was make pictures with those images in mind.”

Over time, he became more proficient as a photographer; as he puts it, he achieved “a modicum of skill.”

Once that happens, “We no longer have to pretend to ourselves that we know what we’re doing,” Marcus explained. “Our intentions are not sullied by that illusion.”

His intention has always been to photograph the mountains and the desert — the two great wildernesses just outside our door. The images reproduced here, on newsprint, do not do his work justice (nor, in truth, do the photos he sends out on his mailing list). The best way to get a sense of their overwhelming scale is to visit the Turquoise Door Gallery at Black Bear Trading, where Marcus’s works are displayed as they are intended to be seen: in sizes of 24-by-30 inches or 40-by-60 inches, which capture the immensity of the landscapes.

“I have spent years alone, immersed in desert and mountain wilderness areas,” Marcus has said. The years in the wilderness, camera at the ready, ever watchful, have helped shape him into an artist at the top of his powers.

“Carl Marcus is a most amazing man,” said his friend, the poet and former San Miguel County commissioner, Art Goodtimes. “The mountains are part of his spiritual connection to this world. A decade or two ago he began chronicling some of the things he saw on his trips and around our community — some amazing, some mundane — and turning them into fine art prints. Lately he has been sharing his images with an extended community of admirers. He sells some prints. But it’s really about more than the money. It’s his gift to us as mountain people.”