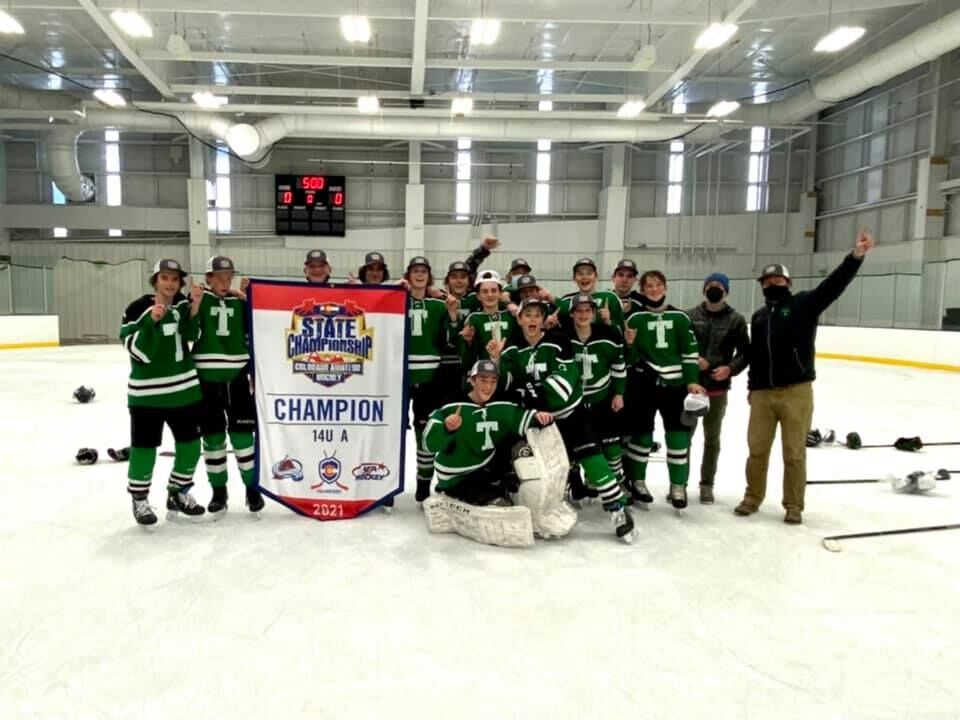 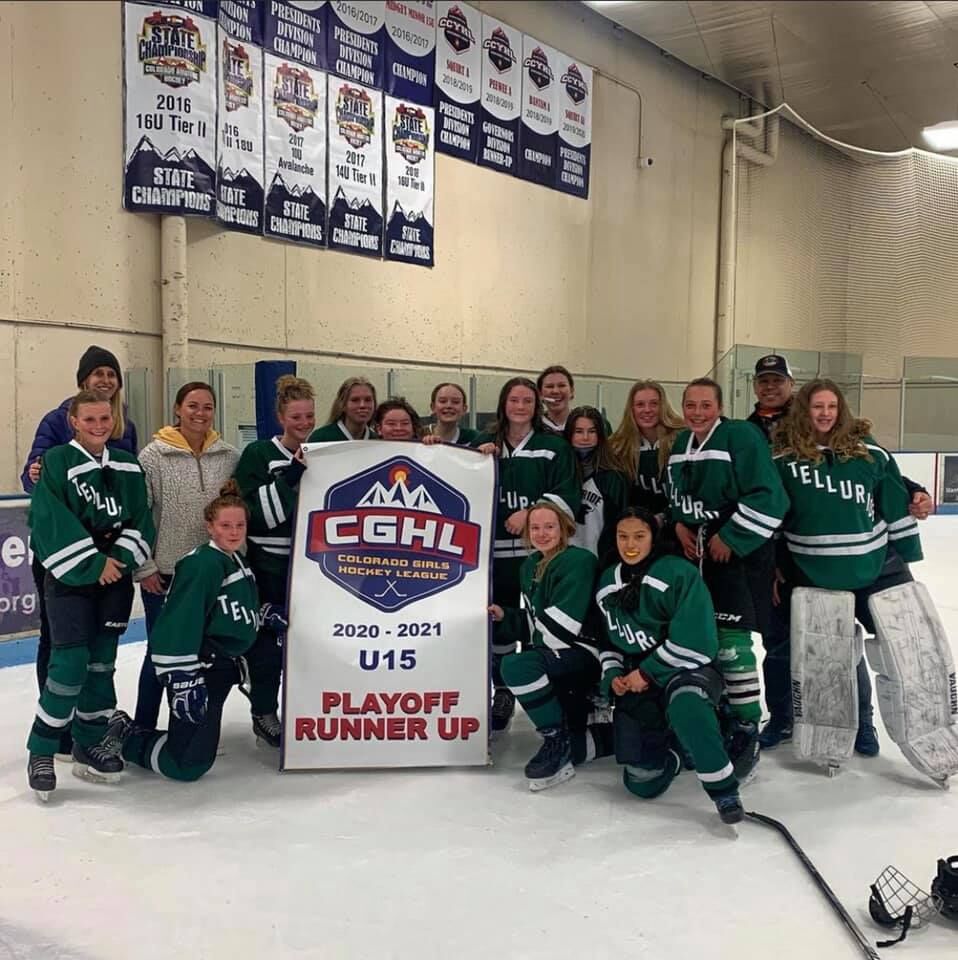 The girls U15 team finished as state-runner up Sunday after dropping only their second game of the season in the Colorado Girls Youth Hockey League final, 3-0 to Hyland Hills. (Courtesy photo)

The girls U15 team finished as state-runner up Sunday after dropping only their second game of the season in the Colorado Girls Youth Hockey League final, 3-0 to Hyland Hills. (Courtesy photo)

Telluride may be a ski town, but it’s quickly becoming a hockey town, too, as two Lizard Head Hockey Club teams played for their respective state championships Sunday.

The boys U14 Bantam A squad won the Colorado Amateur Hockey Association championship with a 3-2 double overtime win against Arapahoe. The girls U15 team finished as state runner-up after dropping only their second game of the season in the Colorado Girls Youth Hockey League final, 3-0 to Hyland Hills.

Both teams will be celebrated during a parade today (Wednesday) at 5:30 p.m. The down-and-back route will begin at the Telluride Middle/High School and continue along Main Street to Town Park. Replays of all games, including the state finals, can be watched on the Lizard Head Hockey Facebook page, thanks to Larry Scanlon who also provides commentary.

Lucas Betz secured the championship for the boys with a hat trick, including the sudden death clincher, in the final round. Sneaking into the tournament as the seventh and final seed, the boys from Telluride grinded out ties against top seed Steamboat and Front Range club Littleton Black. After pool play, the Lizard Head boys were able to topple Littleton Black to advance to the semifinals against Glenwood Springs, the second-seeded team and Mountain League rival. Telluride battled back from a two-goal deficit to win 3-2. The rest is Telluride hockey history.

“It was an amazing finish to an improbable season,” said Jim Loebe, who has coached the boys since they started playing hockey as mini-mites at age five. “The grit and resolve the kids showed made the difference in the end. They came together as a team and believed they could win and they did. I’m so proud of them all.”

Similarly, the U15 girls had one of their best seasons ever, navigating their regular season schedule with only one loss before defeating fellow mountain-towners Vail to reach the state final.

“That game was so intense for us mountain towns to see who was going to play the team from Denver,” coach Kiplynn Smith said.

The girls were led by goalie Brooklyn Godisak, who is one of the top net minders in the state, explained Smith, as she was recruited to play at St. Paul’s prep school in New Hampshire next year.

"Girls hockey is an amazing experience in Telluride. I will always remember the hard work the team has put in during the early mornings and always coming with a great attitude," she said.

Charlotte Katz and Lilly Sommers, who led the team with nine goals and four assists during the regular season, were also vital to the team’s success. Katz and Godisak also practiced with the boys team earlier in the season and were included on the roster as alternates.

“Lilly’s so unbelievably impressive. She’s an amazing teammate and athlete,” said Smith, who has been a Lizard Head coach for the past four seasons, though this was her first year with the U15 team. Jon Godisak and Mary Alice Wagner were also coaches this season.

"All the players and the coaches have really just been outstanding this year. We went from being the worst team in the league last year to becoming runner-up state champs. It has been such a great experience," Sommers said.

“It’s been amazing to see how they can learn and benefit from all aspects of hockey,” Smith said, adding how interest in the girls program has grown significantly over the years.

The state tournaments, which are historically held at the Colorado Avalanche’s Ball Arena, were instead played in a south Denver rink due to COVID-19 restrictions. The pandemic altered how Lizard Head held practices and team functions, but everyone involved was determined to play a full season, hockey club executive director Grayson Fertig said.

“They were just a super resilient group of kids who just kept playing. You imagine they’ll look back at this year, not as a COVID year, but the year they won a state championship or made a run to the state championships,” he added. “It’s a huge accomplishment. It’s cool to see.”

Neither team had to reschedule or cancel a game during the season.

Smith said practice and team-building was a challenge this year, but overcoming the “weird” season built a stronger bond amongst the girls.

“This year’s practices were so difficult because we were limited in numbers and ice time. We had to work a heck of a lot harder to come together,” she explained.

The recent success of the boys and girls team is evidence that the sport is gaining popularity and producing top-level athletes locally, Fertig added.

“I think the big thing is you have growth of a sports program in a small town,” he said. “Telluride is a skiing town with a hockey problem. People are starting to love hockey around here.”