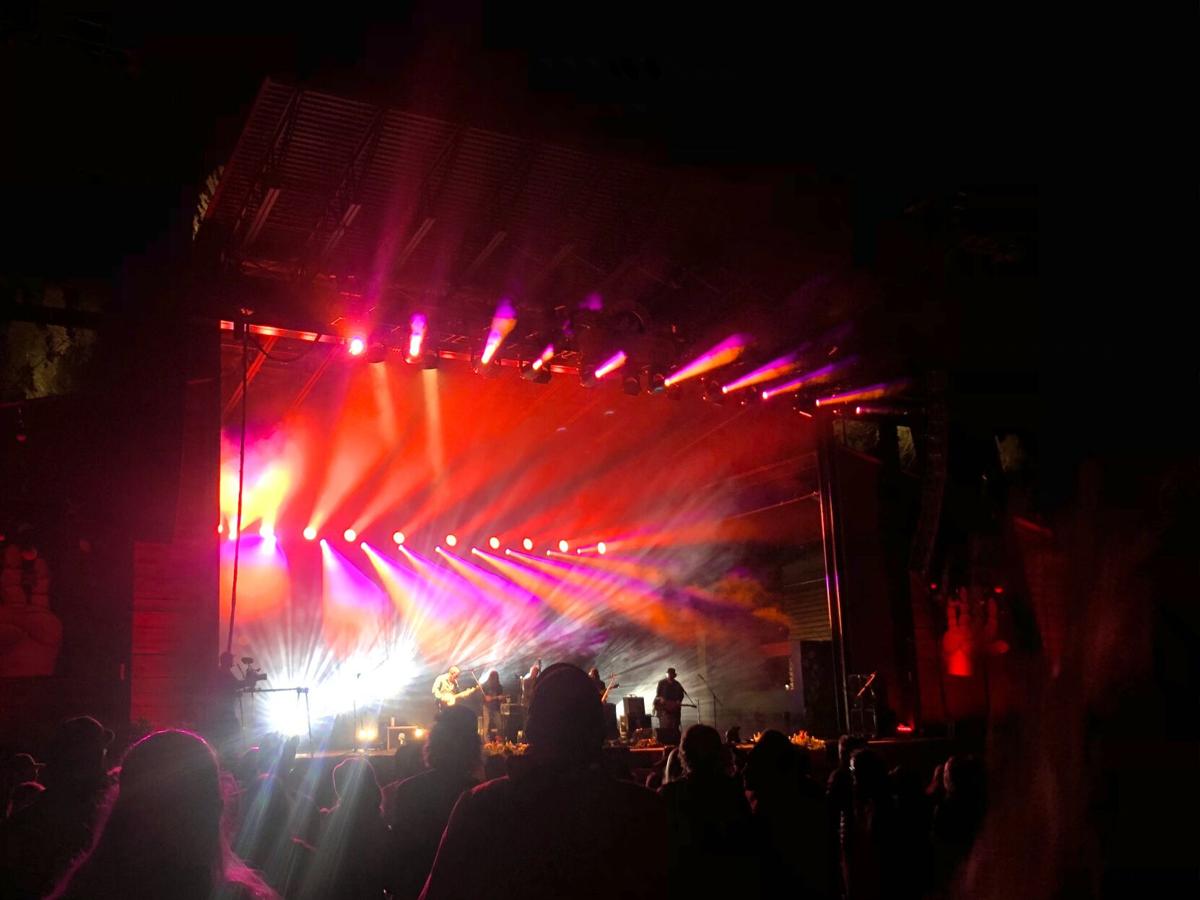 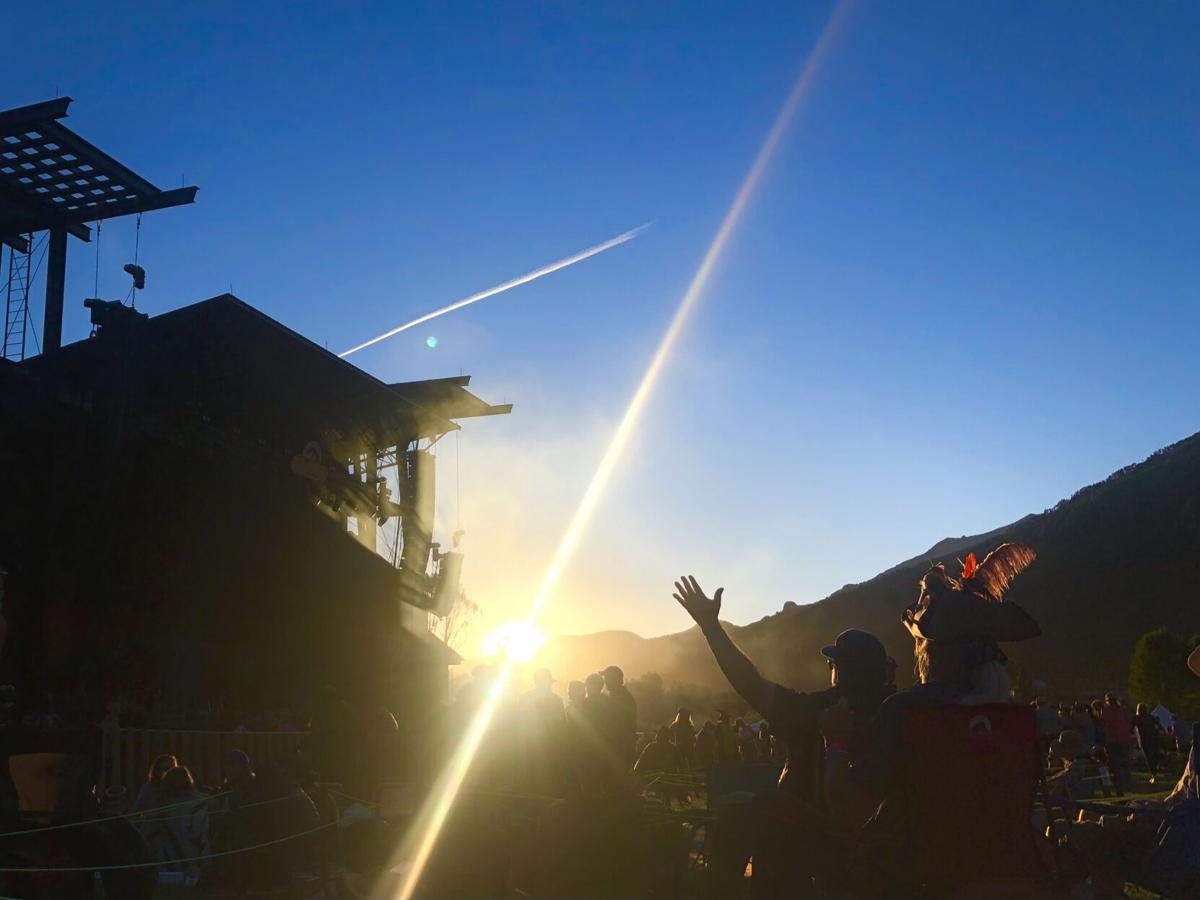 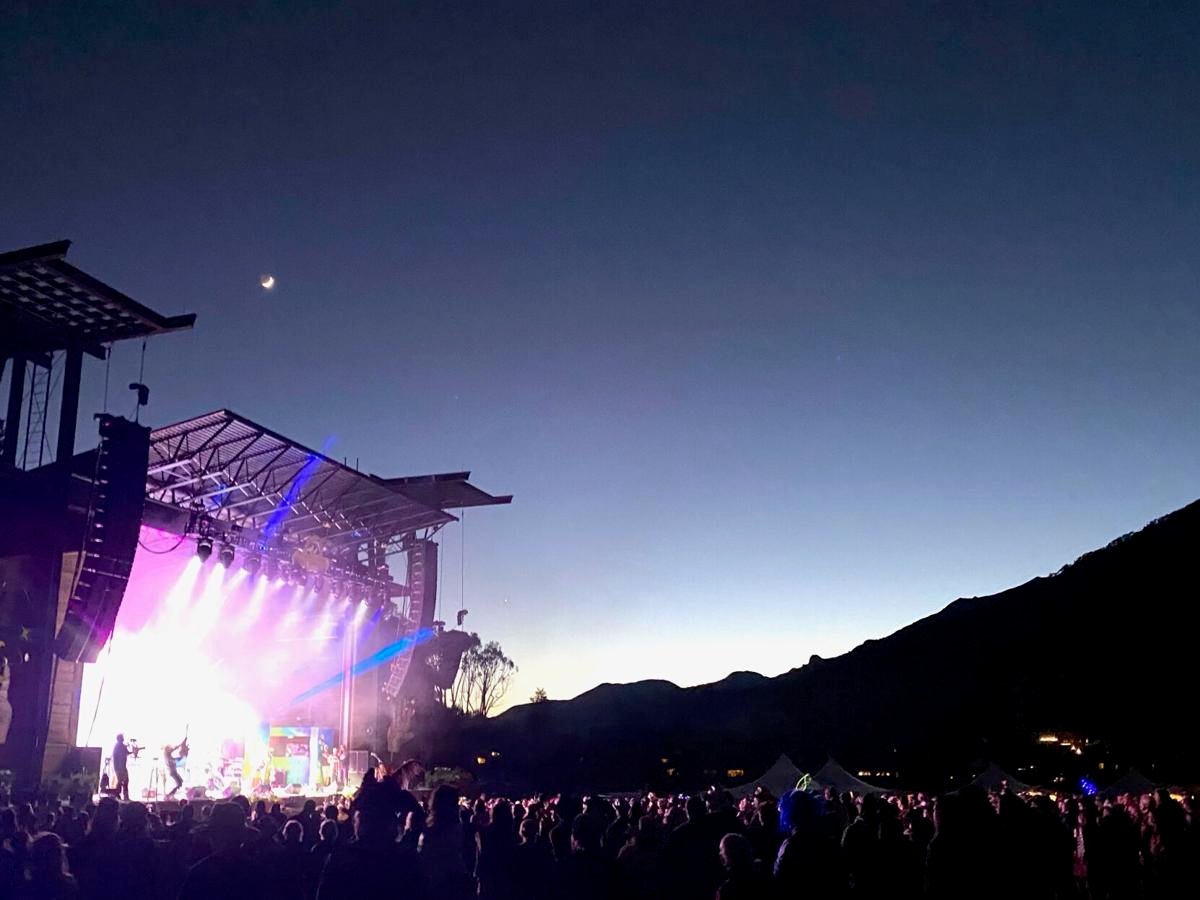 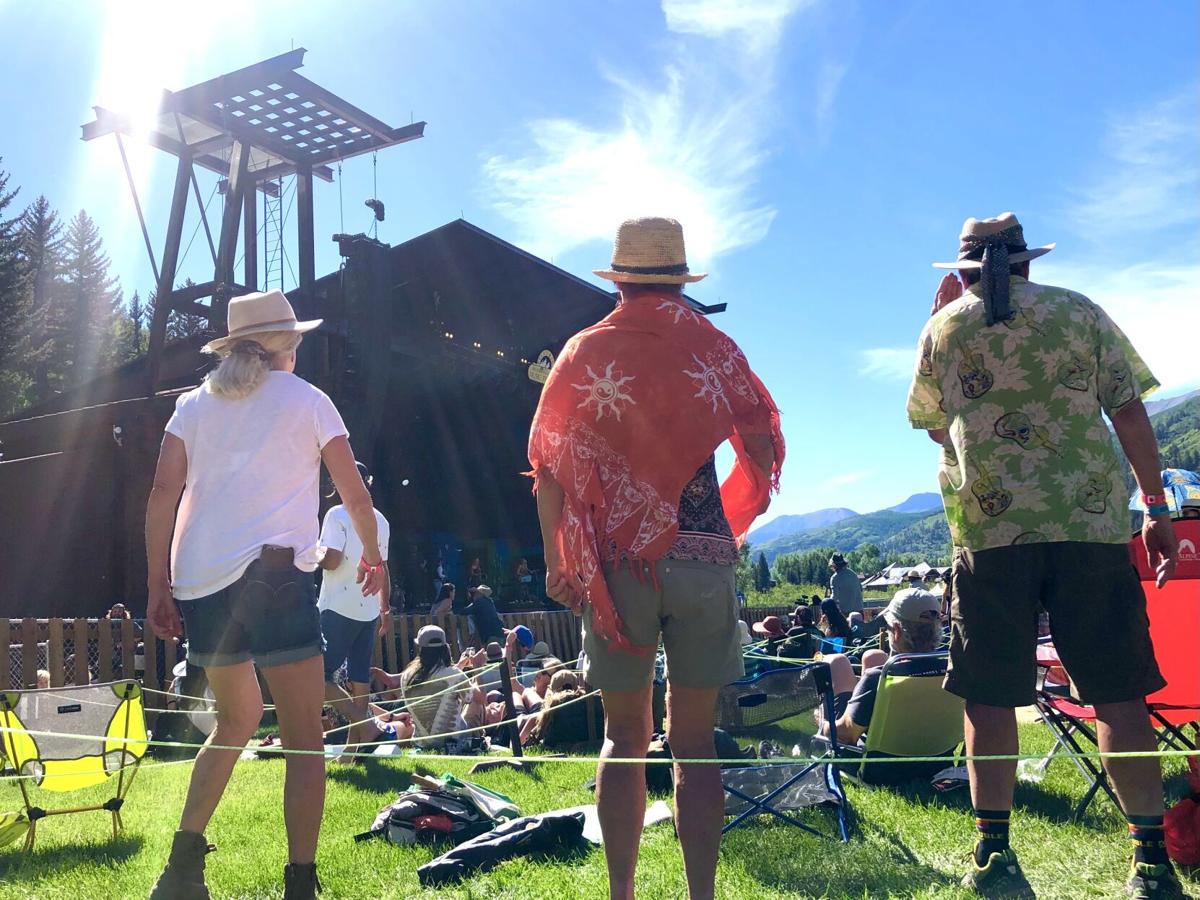 Longtime Telluride Bluegrass festivarians groove to the Shook Twins on Sunday.
1 of 4

Until the COVID-19 pandemic folded the 2020 Telluride Bluegrass Festival, the annual gathering has always been the same –– daily tarp runs, Sam Bush, youngsters running rampant with squirt guns, dancing hippies, the summer solstice and absorbing a collection of melodies as one meanders from one camp to the next. It wasn’t certain that festivities would resume this year, either.

Seven strong, the Planet Bluegrass team emerged from furlough in late February of this year, festival communications and partnership coordinator Grace Barrett said. She explained that while the team began preparations for the Telluride Bluegrass Festival, they were also putting on a local spring concert series in their hometown of Lyons –– commencing in synchrony with the arrival of the March 20 spring equinox and Chris Thile’s musical brilliance.

“In March, we were still in a position where we were like, ‘Do you think the Telluride Bluegrass Festival will happen?,’ and Zach (Tucker), our director of operations, was like 10 percent chance,” Barrett said.

Remaining hopeful for the slim chance of bringing live music back to thousands of foot-stomping, music-loving festivarians, the team dove deep into planning a pandemic-altered event.

Barrett joined the Planet Bluegrass team in January, and by April, she was in charge of communicating the festival’s seemingly constant changes. She explained how close knit the team became, endlessly discussing and rewriting the plan for a festival that has run splendidly for over 45 years.

They discussed everything from how to ticket a festival when the town would only approve groups of 10, to how to manage backstage when you have to significantly limit the number of people, according to Barrett.

“It was really tricky when you have people that have been coming to Telluride for 45 years and it's always been the same. They are used to what it looks like and what it sounds like and the feeling and the vibe and the camping, and then all of a sudden, all of that stuff is totally different,” Barrett explained. “I always think about how adaptable human beings are. It wasn't until we started putting on those shows in the spring that we realized how strange it was to live and go so long without live music and crowds of people.”

Instead of reaching out to artists and releasing tickets in November, selling out before the year's end, and having the rest of the year to ease into the June festival, the team began the process in March. All aspects of the festival were designed around the possibility of high COVID-19 rates nationally, including 10-person, socially distanced corrals and a limited capacity of 2,500.

Throughout April and May, the team had to “pivot” as more people were getting vaccinated and mask mandates were eventually lifted for vaccinated individuals.

Even with the repeal of local mandates, including face coverings and capacity limits, protocols have been put in place to make each individual artist feel comfortable. For example, certain artists require that everyone still wear masks backstage, Barrett said.

“We are just so happy to have the opportunity to do this, and it feels like a privilege to put on a music festival and have people enjoy themselves,” she added. “For plenty of people, this is the first time that they’ve experienced this post-COVID, post-quarantine. Everything that I’ve seen and everyone that I've talked to seems really happy, like it’s an honor to be here. Even though it’s smaller and there’s less people, it just feels good to be watching music and to be in Telluride experiencing this.”

The Planet Bluegrass team received a variety of responses upon reaching out to the artists previously scheduled to play the 2020 festival. Certain people decided to push their set back to another year when there will be full capacity, as it has always been a dream to play “full-blown Telluride,” while others did not feel “comfortable or safe” with the pandemic still lingering,” according to Barrett. Other individuals, however, were immediately down and excited to play for a live audience once again.

The Planet Bluegrass team has started to “fondly” refer to this year’s festival as “Samgrass,” recognizing that most of the artists in this year’s lineup are part of “the old time crew,” Barrett added.

“It's the folks that are here year in and year out that understand the magic of Telluride and are willing to give it a shot, even though we didn’t know what this would look like. Two weekends are strange, and corrals are new,” Barrett said. “It was a wide range (of responses from artists) but overall everyone has been so kind and excited about being able to play in front of a live audience.”

Barrett feels like the festival team is “hitting their stride” with the new, virtual festival components, including the livestream, and is confident that the second weekend will be even better than the first.

From Sarah Jarosz’s soft yet impactful style, to Sam Bush’ ability to rock out on a mandolin with various artists, to the humor and musical brilliance of the Shook Twins, the variations of style and form among musicians provided all attendees their own personal experience at the Telluride Bluegrass Festival’s first weekend. Fans of all ages seamlessly settled into the new way of doing things, focused on the love of the artists performing and fostering community in a post-COVID landscape.

“Even though there's no tarp run, certain people have that same energy; they're running, they're excited,” Barrett said. “What I’m learning about Telluride is it’s so much a community of people that come to the festival year after year after year. People are so supportive and kind and happy to be here and happy to have work and happy to be able to music again. It is such an incredible thing to be part of.”